This paper aims to develop an accurate prediction method for the fatigue life of electromagnetic brake connection device (the Device), a key determinant of the safety and reliability of high-speed maglev train. For this purpose, the structure and functions of the Device were reviewed, the fatigue load of the key components were determined, and the static strength and fatigue strength of the Device were calculated through finite-element analysis and fatigue experiment. Then, the fatigue life predicted by finite-element analysis was verified through comparison with the experimental data. The comparison shows that the predicted results were accurate and reliable. The research findings lay a solid theoretical basis for the minimization of product development cycle, optimization of product structure and safe operation of high-speed maglev train.

With no mechanical contact with the track in the traction operation, the maglev train overcomes typical problems of traditional trains, such as wheel-rail adhesion, mechanical noise and wear, making it the fastest transport tool on land [1].

The operation of high-speed maglev train relies on various devices. Among them, the electromagnetic brake connection device (hereinafter referred to as the Device), which links up the brake magnet and suspension frame, directly bears on the train safety and reliability [8, 9], During train operation, the Device carries both static load and dynamic load, thereby affecting the overall train performance.

This paper aims to accurately predict the fatigue life of the electromagnetic brake connection device in high-speed maglev train. Firstly, a finite-element model was established for the device, and the components were subject to static analysis on stiffness and strength, revealing whether they meet the requirements of train operation. Secondly, the equivalent mean stress and stress amplitude of the key points in the device were determined, and used to evaluate the fatigue strength of the device. Finally, a fatigue experiment was carried out under the same fatigue load on an MTS809 electro hydraulic servo fatigue test machine. The experimental results verified the accuracy of the proposed prediction method. 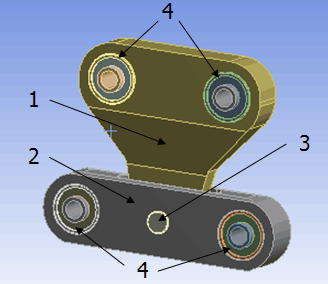 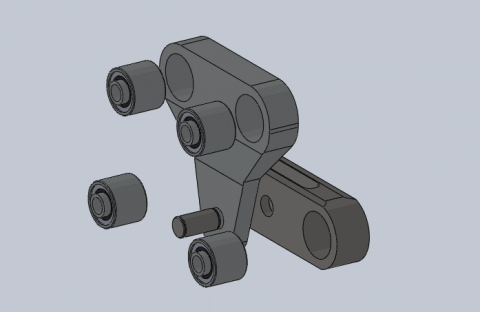 Figure 2. Exploded view of the Device 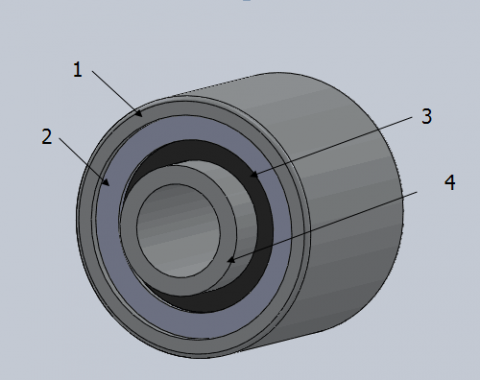 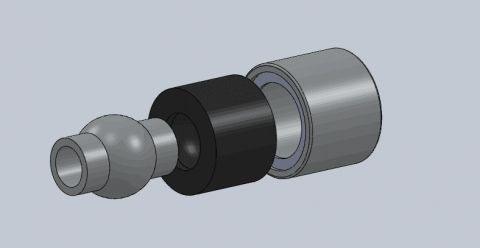 As shown in Figure 5, the fatigue life of the Device was predicted in four steps [12].

Step 1: According to the Device structure and functions, calculate the static load and fatigue load and plot the curve of stress (S) against the number of cycles to failure (N) (hereinafter referred to as the S-N curve) of the components.

Step 3: Considering the loads of the components and constraints of finite-element analysis, perform static analysis to see if the stiffness and strength of the components meet the requirements of train operation.

Step 4: Through  finite element analysis, select the key points in the Device and determine their equivalent mean stress and stress amplitude. Based on the stress correction theory, analyse the fatigue strength of the Device and check if it satisfies the use requirements. Then, predict the fatigue life of each component. 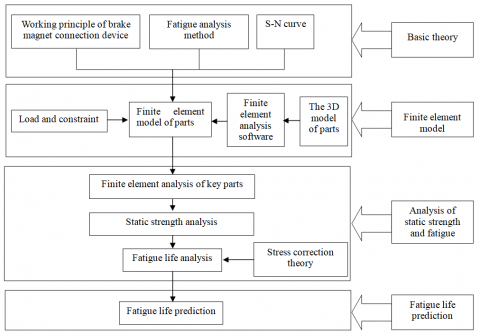 In addition, the rubber bushing is made of natural rubber, which is an incompressible, isotropic, super-elastic polymer with nonlinear stiffness features. For an isotropic material, the unit volumetric strain energy W is a scalar function of the deformation tensor [14]:

where, I1, I2, and I3 are three independent variables of the Cauchy–Green deformation tensor. These variables are orthogonal second-order tensor invariants:

where, λ1, λ2 and λ3 are the elongation rates along the X, Y and Z axes, respectively. Since rubber is incompressible, the following relationship is valid:

Rubber materials are usually described by thermodynamic statistical model and continuous medium mechanical model based on phenomenological theory. Here, the latter model is adopted for subsequent analysis. According to this model, the rubber bushing of the Device is isotropic if not deformed, that is, long molecular chains in the materials point to random directions. The unit volumetric strain energy W of the rubber bushing can be expressed as a function of the three strain invariants of the main elongation ratio λi or the deformation tensor Ii:

where, J is the ratio of pre-deformation volume to post-deformation volume. Assuming that $g=\sum_{i=1}^{N} \frac{1}{D_{i}}(J-1)^{2 i}$, the N-polynomial of the strain energy can be obtained through the expansion of Taylor formula:

where, N is 1, Mooney-Rivlin model of the rubber bushing can be obtained:

The fatigue load of the Device was determined according to the actual working conditions of high-speed maglev train (Table 3).

Table 3. Fatigue load of the Device

The 3D model of the Device was imported to ANSYS workbench, and applied with fixed constraints and loading conditions (Figure 6). 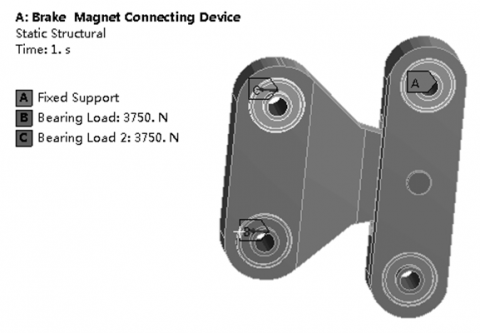 Figure 6. Loading conditions of the finite-element model on the Device 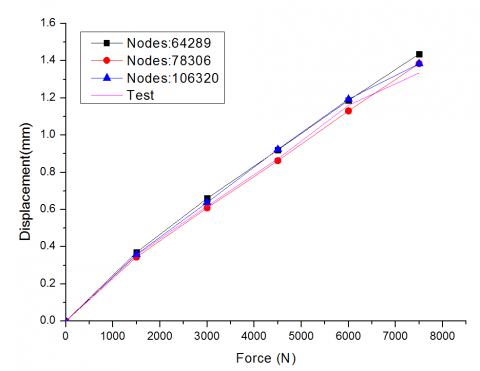 Figure 7. Comparison between the results of each finite-element model and the experimental data

Next, the 3D model was discretized by three different methods, yielding three finite-element models. The finite-element models each consists of 64,289, 78,306 and 106,320 grids. Figure 7 compares the results of each model with the experimental data. It can be seen that the three finite-element analyses shared similar results with a relative error lower than 10%. In particular, the 78,306-grid model and 106,320-grid model had very close results. The comparison shows that the results of the 78,306-grid model were basically consistent with the experimental results. The relative errors was lower than 6%, which is within the allowable range for engineering application. Therefore, this model was selected for the subsequent analysis.

Under the fatigue load in Table 3, the stress results of the finite-element analysis on the Device are as follows: the maximum von Mises stress of the metallic components was 25.746MPa, occurring in the outer bearing ring (Figure 8); the maximum von Mises stress (1.004MPa) of the rubber bushing was observed on the inside (Figure 9); the maximum deformation of the Device took place in the rubber bushing, amounting to 1.384mm (Figure 10); the relative maximum displacement of the inner bearing ring along the Z axis was about 1.288mm (Figure 11). 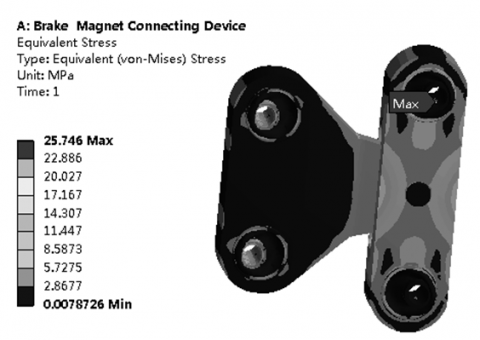 Figure 8. Stress distribution of the Device 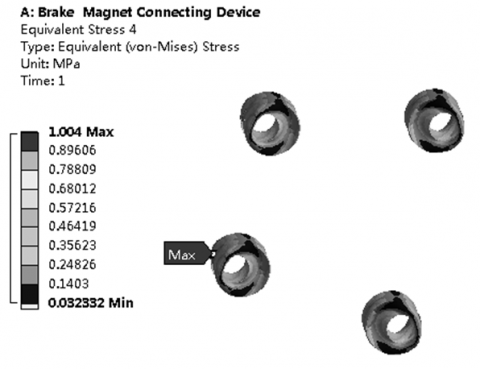 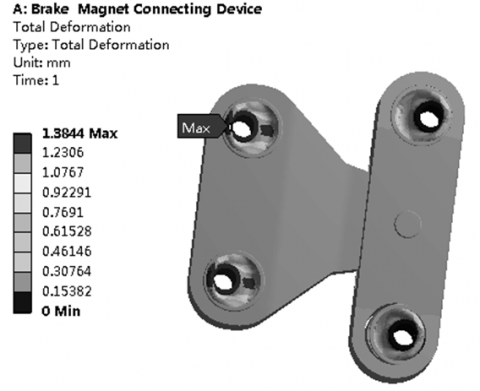 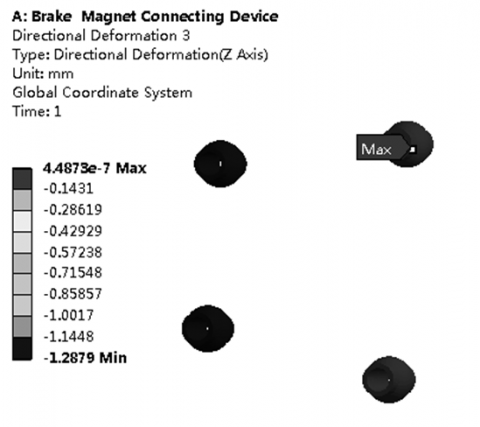 The mechanical fatigue of rubber materials is essentially the reduction of the mechanical properties of rubber with the gradual propagation of cracks under dynamic stress. The previous studies have shown that rubber materials often suffer fatigue damages in areas of high stress and strain; these areas are prone to crack initiation under cyclic loading [16]. The fatigue failures of rubber materials mainly include abnormal cracking, glue failure and surface wrinkling. However, the occurrence of fatigue cracks does not necessarily mean that the rubber is in the state of fatigue failure [17]. With the increase in the number of loading cycles, the local damages of rubber will lead to continued decrease of the elastic modulus and strength of the material, until the strength fails to withstand the rated fatigue load [18, 19]. Since it is difficult to measure the elastic modulus of rubber bushing, the failure degree of the Device was determined by the static stiffness loss rate of the rubber element in the fatigue test [9]:

At present, there is no uniform standard for static stiffness failure of rubber materials. According to load-bearing requirements of the Device, the fatigue failure criterion was set as 20% reduction in ΔK [20, 21]. 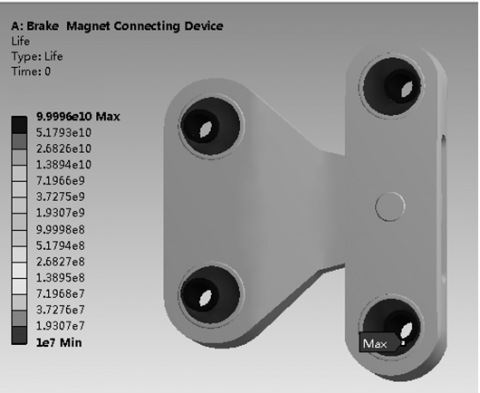 The stress analysis results of the S-N curves on the metallic and rubber materials were imported to the finite-element analysis software. Coupled with the loading conditions in Table 3, the fatigue life of the Device was predicted and recorded in Figure 12.

To validate the predicted fatigue life of the Device, a fatigue experiment was carried out under the same fatigue load on an MTS809 electro hydraulic servo fatigue test machine (MTS, US). The machine can perform fatigue tests on various materials under alternating loads and random loads (Figure 13). Under the frequency of 2Hz, the maximum load of 7,500N and the minimum load of 1,500N, the load variation during fatigue loading was plotted as Figure 14. 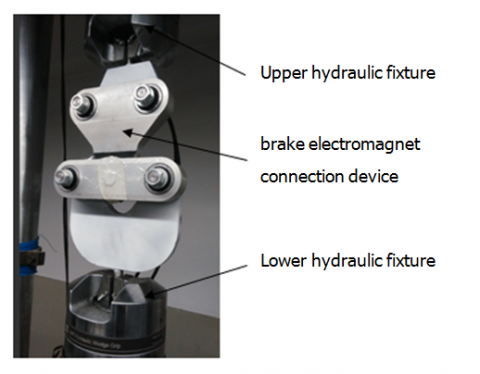 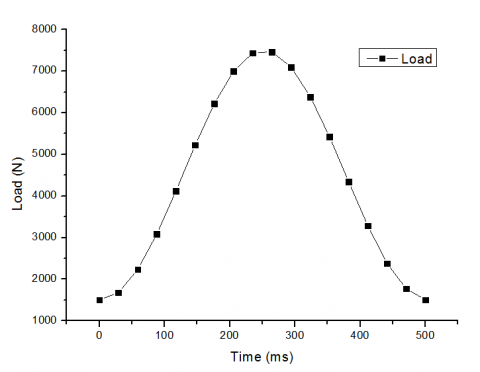 During the fatigue experiment on the Device, the magnitude and axial displacement of the load applied to the Device were detected by the force sensor and the displacement sensor, respectively, and collected by the MTS809 computer system. 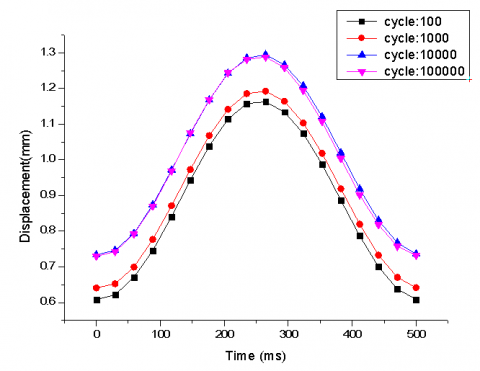 Figure 15. Axial displacements of the Device at different cycles of fatigue loading 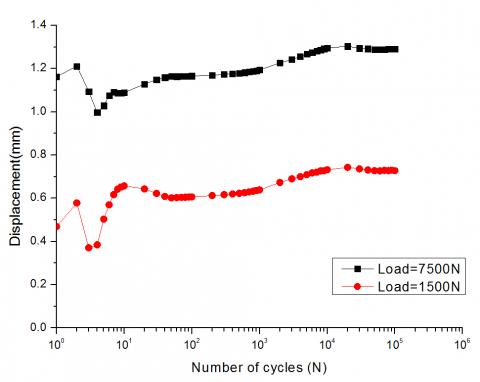 Figure 16. Axial displacements of the Device throughout the experiment 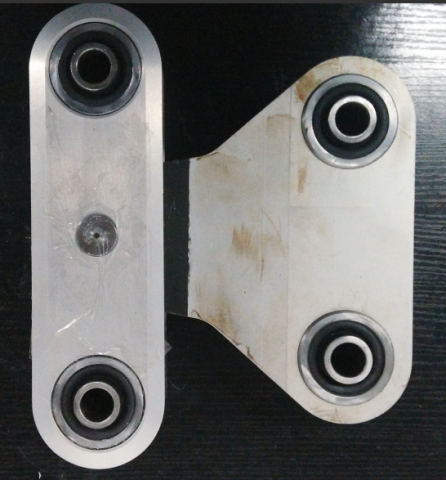 Figure 17. Photo on the Device after the fatigue test

As shown in the above figures, the axial displacement under the same load increased with the number of loading cycles. The initial static stiffness K1 of the rubber bushing was about 6.64kN/mm. At the 100,000th loading cycle, the static stiffness K2 of the rubber bushing dropped to 5.81kN/mm. This result is consistent with that of the finite-element analysis. After 100,000 loading cycles, the static stiffness loss rate of the bushing stood at 12.5%, which satisfies the engineering requirements. According to the photo on the Device after the fatigue test, there were no damage on the metallic and rubber components, indicating that the Device is still applicable to engineering projects.

Targeting the Device of high-speed maglev train, this paper calculates the static strength of the Device through finite-element analysis, predicted the fatigue life of the Device, and verified the predicted results through experiment. The research findings lay a solid theoretical basis for the minimization of product development cycle, optimization of product structure and safe operation of high-speed maglev train.

The author wishes to thank The National Key Technology R&D Program (2013BAG19B01), Shanghai Key Laboratory for R&D and Application of Materials and National Maglev Transportation Engineering R&D Center, under which the present work was possible.