The purpose of this paper is to address the generation of association rules for big data by proposing a methodology that uses the RapidMiner application that will generate the association rules after using clustering algorithms.

In this paper, we will discuss the algorithm K-Means, FP -Growth and its use to find better rules to help identify common causes of traffic accidents. We will generate association rules based on the K-Means algorithm to cluster data by each cluster and then generate a data table for each cluster using the RapidMiner application.

We used the UK dataset for our study. The Accidents Dataset contains all accidents on public roads between 2005 and 2015 [4]. The dataset was downloaded from the UK Department for Transport. The dataset contains 22,046 records and about 7 important attributes, as shown in Table 1.

The principle of the search for association rules is based on three basic factors: support, confidence, and lift. Its goal is to reduce the very large number of association rules generated, some of which are not important [6].

onfidence [7]: Measures how often each element in Y occurs in transactions that also contain elements in X and is defined by the following rule:

Lift [7]: It is a measure of the importance of the rule and is defined by the following rule:

It is one of the most important algorithms in the field of association rules, which is a further development of the Apriori algorithm. The resulting tree structure aims to store compressed and important information about recurrent data to develop an effective FP -growth tree for recurrent models [6]. This algorithm differs from Apriori algorithm in that it reduces the size and time required to generate the rules [8].

They pointed out in the study that when association rules are used in other areas, such as sales, the focus is on maximizing support and confidence. However, in the area of analyzing traffic accident data, things are quite different because, for example, the frequency of serious accidents is very low, but the damage is high. If we want to extract the relationships that lead to serious accidents, we must also consider the cases where support and confidence are low. The research aimed to define or establish specific criteria to determine the minimum support and the minimum confidence. The research followed the method of clustering using the K-Means algorithm to cluster the rules for several categories (weather conditions, speed limits, day or night, road type) and then select a certain number of bases from each class based on the rules with the highest support.

Simon et al. presented a study entitled Discovery of Breast Cancer-Causing Factors Using Association Rules [10]. It aimed to discover the factors that cause breast cancer by comparing the characteristics of patients with breast cancer and those who do not have the disease at all. They used the logit model to select the factors that affect the probability of developing breast cancer. At the beginning, the support was determined at 30% and confidence at 80%, and no rules were determined for patients with breast cancer. After several attempts to change the value of support and confidence, the value of support was changed to 0.001% and the confidence value was set to 90%, obtaining 67 rules in which the characteristics of patients with the disease are.

Our research can benefit from this study by applying narrow values of the above support and confidence to obtain rules whose incidence is very high, but considering that in return we lose some rules that can be useful in detecting some types of rare accidents. The most important thing that stands out in this study is the researcher's focus on extracting rules whose incidence is very large due to the high confidence level.

Soniya Mudgal [11] presented a study: Mining the Correlations for Fatal Road Accident using Graph-based Fuzzified FP - Growth Algorithm. The study aimed to extract the causes of fatal traffic accidents by using fatal accident data from the US government. The study had the result: The FP-Growth algorithm is faster than the Apriori algorithm, FP -Growth generated the association rules within 0.5658 seconds, in contrast Apriori algorithm took 3.2101 seconds to generate the same number of rules. The researchers concluded that the FP Growth algorithm is faster and more accurate than the Apriori algorithm.

In this chapter, we will explain the methodology that aims to design a workflow whose task is to use data mining methods to access the factors that cause accidents. The problem with using algorithms for correlation rules for traffic accidents is always that there are rules for a certain classification of data that can be useful and valuable, and therefore cannot be observed in the number of a large number of extracted rules, which is the main obstacle for decision makers.

We used RapidMiner software to design the processes we will apply to the extracted data. RapidMiner is a data science software platform developed by the company of the same name that provides an integrated environment for data preparation, machine learning, deep learning, text mining, and predictive analytics. It is used for business and commercial applications as well as for research, education, training, rapid prototyping and application development and supports all steps of the machine learning process, including data preparation, visualization results, model validation and optimization.

Before we start designing the system, we will transform some data types to prepare the data:

1- The age of the driver and the age of the vehicle are converted from numerical form to textual form, so that each set of ages is converted to a textual form that expresses in decades. An example of this is to convert the age between 20 and 30 to the third decade and so on.

2- Convert the accident time into eight sections instead of the time value, as shown in Table 2.

Association rules are generated based on the K-Means algorithm cluster to separate data after each clustering and then generate a dataset for each clustering, and it is designed by RapidMiner application. Our proposed methodology will follow four basic steps:

2- Extracting the data table for each cluster.

3- Traversing each table and extracting the association rules by the FP -Growth algorithm for each cluster.

4- Collecting the association rules in one place.

In this design, the following methodology was followed:

Figure 2. Illustrates the sub-process of applying clustering and generating data for each cluster

Figure 5. Applying the FP -growth algorithm to each cluster dataset

Figure 7. Collect rules in one dataset

Filtering data and selecting fatal and serious accidents and their number 2941 rows.

Converts the specified non-numeric values to a numeric type.

The process of applying the methodology:

Selection of the Euclidean distance and generation of data tables for each cluster as shown. Figures 2 and 3.

Passing through each data table of each cluster to perform the process of generating the association rules as shown in Figure 4.

Extract the repeated models using the FP-Growth algorithm to generate the FP-Tree growth tree with minsup=0.1 as shown in Figure 5.

Generate association rules from the resulting tree, using the confidence scale to determine the required rule strength with minconf = 0.7, as shown in Figure 6.

In this process, there is a for loop for each result of the generation association rule to collect all the rules in one dataset as shown in Figure 7. 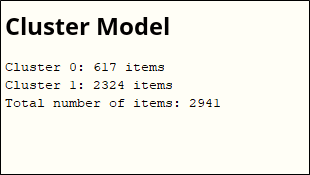 Table 3 shows the first 10 rules generated by the proposed methodology, sorted by the lift value. From the clustering results, female accidents account for about 20% of the total accidents. However, we have three rules related to females due to the application of the previous methodology.

Table 3. The first ten rules generated by the set K=2 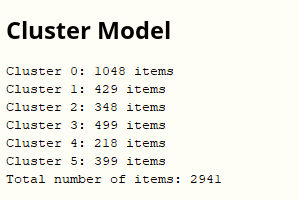 We were able to generate 1387 rules. Table 4 shows the first ten rules generated by the proposed methodology with the set K=6, sorted by the lift value.